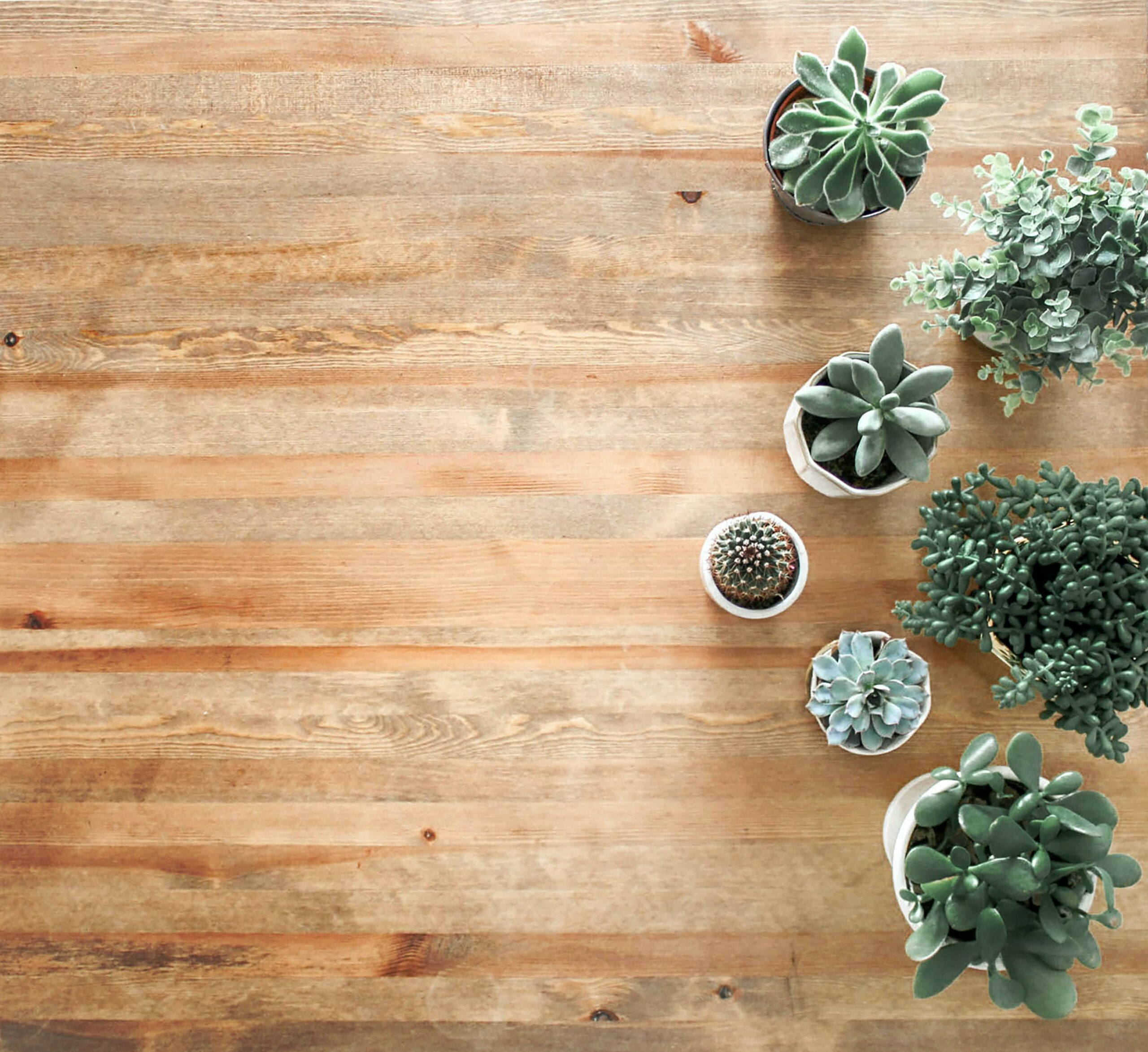 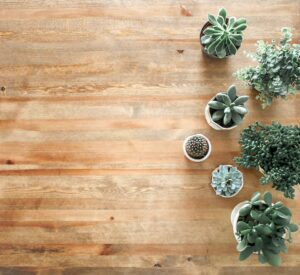 Succulents are they a miracle plant, and does your household need one?

Succulents are a great addition to any household. They are not only aesthetically pleasing, but they are also suitable for your air quality! Let’s explore the benefits of succulents and what you should look for when choosing them to keep your house clean and fresh.

How to Remove Harmful Toxins with Succulents

Now succulents are a famous group of house plants, but they also come with some unexpected benefits – they can help remove harmful toxins from the air and improve air quality.

We’re not suggesting that you throw out all of your household cleaning goods, though! And you can still buy those organic cleaning supplies you prefer. But consider that plants are the ideal natural solution for poor indoor air quality, and NASA thinks so too!

In the late 1980s, NASA constructed a full-functioning dwelling called the BioHome that could meet the demands of one person. It had a garden, water purification technology, and waste management equipment. In addition, NASA made this home energy efficient and inexpensive to produce, airtight and utilized manufactured materials to construct it.

However, the building proved to be a health hazard. The substance that made the structure fireproof was highly flammable and did not smell good. In addition, a lot of people complained of breathing difficulties after entering the facility. These symptoms occurred because of the synthetic materials used in its construction, which released volatile organic compounds into the air.

They had a solution in mind: plants. In the past, they’d studied volatile organic compounds and knew that plants could absorb them. When they added houseplants like the Snake Plant to their BioHome, monitoring showed that most pollutants were gone. Nobody reported having those awful symptoms anymore, which was the best part!

If a building that caused awful symptoms like stinging eyes and respiratory difficulties could be fixed by adding house plants, then your home can indeed be made safe by adding some air purifying plants!

Before we dive into some examples, it is worth taking a moment to appreciate how valuable succulents are for more than just air purification.

They help you breathe.

Succulents, and a few other plants such as orchids and areca palms, continue to generate oxygen throughout the night during photosynthesis. Succulents and a few other plants, like asparagus ferns, keep generating oxygen 24 hours a day, seven days a week. These plants help you breathe by making sure the air is clearer and fresher.

Plants release around 10% of the moisture in the air. The same may be said for your house; the more plants you have, especially in groups, the higher the humidity level in your home to prevent dry skin, colds, sore throat, and dry cough. According to a study by the Agricultural University of Norway, offices with plants had a 60% better sickness rate than those without them.

They help you focus

Plants in the room have been shown to improve attention, concentration, and brain functions in both students and employees. In addition, plants have been found to boost memory retention by up to 20% when present. Succulents are especially useful at work because they don’t take up much space on your desk.

They aid in quicker recovery. 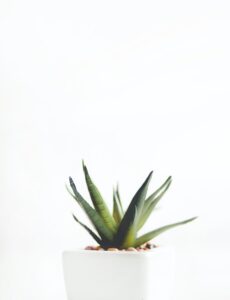 So what are the best succulent plants to have in your home or office?  Well, we have got your back there; we have put together a list of the best air-purifying plants just for you.

Because it eliminates formaldehyde, which many house items emit, aloe vera best cleans the air. According to a study conducted by the US National Library of Medicine, plants, in general, we’re able to remove some pollutants and hazardous gases from the atmosphere, including carbon monoxide and ozone molecules. So formaldehyde was particularly easy for Aloe.

Jade plant is also an excellent choice for improving the air quality in your home. In contact with its natural scent, it will deodorize any space. The Jade plant is recognized as one of the seven luckiest plants in Chinese culture, and wherever they’re planted! The shapely leaves are jade-green and glossy.

One of the plants that increase the air quality in your home is Peace Lily. This plant cleanses the air of formaldehyde, benzene, and trichloroethylene. It also removes scents like cigarette smoke or skunk spray right away!

The String of Pearls is a popular houseplant. Its scientific name is Dracaena marginata, and it belongs to the Asparagaceae (Liliaceae) or Liliaceae family.

One of the plants that promote air quality in your home is Christmas Cactus. The Christmas cactus is succulent with thick leaves. It belongs to the genus Schlumbergera and the family Cactaceae, and its scientific name is Schlumbergera x buckleyi.

Another succulent that purifies the air in your house is Dwarf Baby Tears. The scientific name of the Dwarf baby tears is Pilea peperomioides, and it belongs to the family Urticaceae (or Nolinaceae).

Another succulent, the Snake Plant (“Mother-in-Law’s Tongue”), cleans the air. Its scientific name is Sansevieria trifasciata, and it comes from the Liliaceae family (the same as Easter cactus).

8. Mother of Thousands (also called the “Devil’s Ivy” or the “Creeping Charlie”)

The Mother of Thousands (also known as the “Devil’s Ivy” or the “Creeping Charlie”) is a succulent that purifies the air. It comes from the family Crassulaceae and has been observed in Australia, South Africa, Europe, India, and North America.

So no more waiting around; get down to that garden centre now and purchase a plant that will help you breathe?

2 thoughts on “Succulents, are they a miracle plant?”

We use cookies on our website to give you the most relevant experience by remembering your preferences and repeat visits. By clicking “Accept All”, you consent to the use of ALL the cookies. However, you may visit "Cookie Settings" to provide a controlled consent.
Cookie SettingsAccept All
Manage consent

This website uses cookies to improve your experience while you navigate through the website. Out of these, the cookies that are categorized as necessary are stored on your browser as they are essential for the working of basic functionalities of the website. We also use third-party cookies that help us analyze and understand how you use this website. These cookies will be stored in your browser only with your consent. You also have the option to opt-out of these cookies. But opting out of some of these cookies may affect your browsing experience.
Necessary Always Enabled
Necessary cookies are absolutely essential for the website to function properly. These cookies ensure basic functionalities and security features of the website, anonymously.
Functional
Functional cookies help to perform certain functionalities like sharing the content of the website on social media platforms, collect feedbacks, and other third-party features.
Performance
Performance cookies are used to understand and analyze the key performance indexes of the website which helps in delivering a better user experience for the visitors.
Analytics
Analytical cookies are used to understand how visitors interact with the website. These cookies help provide information on metrics the number of visitors, bounce rate, traffic source, etc.
Advertisement
Advertisement cookies are used to provide visitors with relevant ads and marketing campaigns. These cookies track visitors across websites and collect information to provide customized ads.
Others
Other uncategorized cookies are those that are being analyzed and have not been classified into a category as yet.
SAVE & ACCEPT
Share this ArticleLike this article? Email it to a friend!
Email sent!